Are we ignoring a philosophical lesson from history? 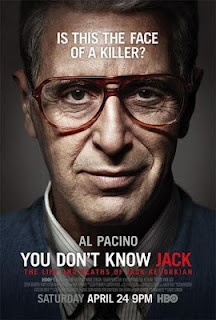 APOLOGIA
By Hendrik van der Breggen
(The Carillon, May 31, 2012)
Are we ignoring a philosophical lesson from history?
Part of my job as a philosophy professor is to teach a course on ethics once a year, so I regularly examine various ethics books that may be helpful to my students, and I pay attention to discussions of issues relating to life and death.
In fact, I’ve been thinking about and attending to topics relating to ethics for years—going back even into my childhood. I remember nervously giving a speech on Adolf Hitler to a grade 8 class when I was in grade 6, and I remember part of my preparation involved looking at William L. Shirer’s book The Rise and Fall of the Third Reich: A History of Nazi Germany. (My parents had an extensive home library. They also survived the Nazi occupation of The Netherlands.)
Over the years I have noticed a trend in Canada, a trend towards an acceptance of the philosophical view that there is such a thing as human life not worthy to be lived.
If the reader hasn’t noticed this, then I urge him/her to think of the growing acceptance in the medical profession of death as a solution to various problems. Think of the prevalence of abortion; think of the recent slippage into the acceptance of what some thinkers call “post-birth abortion”; think of the present movement to promote the legalization of physician-assisted suicide for the elderly and terminally ill.
Think, too, of the growing acceptance of the ethic of utilitarianism, the ethic that what is right is what maximizes the utility or happiness/pleasure for the greatest number. Significantly, the utilitarian ethic tends not to be connected with the more traditional view (in the West) that human life per se is sacred or has objective (intrinsic) moral worth.
Couple this growing acceptance of utilitarianism with the present generation’s penchant for popular movies that positively portray so-called mercy killing.
Think of the Academy Award winning Million Dollar Baby, in which Clint Eastwood is an old boxing coach who kills his young female boxing student, played by Hillary Swank, because she has become quadriplegic. Or think of the Emmy Award winning You Don’t Know Jack, which treats euthanasia proponent Jack Kevorkian (1928-2011, a.k.a. “Dr. Death”), played by Al Pacino, as if he—Kevorkian—were a saint.
Keep in mind that in these films the emotion-laden pros of euthanasia are emphasized without a sustained careful examination of the cons. Keep in mind too that a characteristic of propaganda is that it usually doesn’t present pros AND cons, or if it presents any cons, it presents them weakly.
I don’t mean to sound alarmist, but I am troubled. I suspect that we have not learned our philosophical lessons from history.
Consider the following passage from Dr. Leo Alexander (1905-1985), medical advisor to the U.S. Chief of Counsel at the Nuremberg Trials, trials in which representative Nazis were convicted of crimes against humanity (this passage is from Dr. Alexander’s paper “Medical Science Under Dictatorship,” which appeared in New England Journal of Medicine, July 14, 1949):
“Whatever proportions these crimes finally assumed, it became evident to all who investigated them that they had started from small beginnings. The beginnings at first were merely a subtle shift in emphasis in the basic attitude of the physicians. It started with the acceptance of the attitude, basic in the euthanasia movement, that there is such a thing as life not worthy to be lived.”
Dr. Alexander continues: “This attitude in its early stages concerned itself merely with the severely and chronically sick. Gradually the sphere of those to be included in the category was enlarged to encompass the socially unproductive, the ideologically unwanted, the racially unwanted, and finally all non-Germans. But it is important to realize that the infinitely small wedged-in lever from which this entire trend of mind received its impetus was the attitude toward the nonrehabilitatable sick.”
Dr. Alexander also points out that the German people were encouraged in this “subtle shift” by movies depicting euthanasia in a positive light. Alexander writes: “Lay opinion was not neglected in this [pro-euthanasia] campaign. Adults were propagandized by motion pictures, one of which, entitled ‘I Accuse,’ deals entirely with euthanasia. This [1941] film depicts the life history of a woman suffering from multiple sclerosis; in it her husband, a doctor, finally kills her to the accompaniment of soft piano music rendered by a sympathetic colleague in an adjoining room.”
Significantly, in the 2010 film You Don’t Know Jack, when Dr. Jack Kevorkian assists with the suicides of some of his patients (at least 130 assisted killings in total), there usually is a sympathetic colleague in the room, and throughout the movie we are treated to beautiful musical accompaniments by the likes of Johann Sebastian Bach.
I don’t believe that there is a Nazi Party on Canada’s horizon (thank goodness). But I do believe that some of the deep philosophical principles of what Pope John Paul II (1920-2005) called the culture of death are becoming prevalent in our society.
We should remind ourselves and our children that medical, social, and psychological problems require medical, social, and psychological solutions—not killing.
P.S. For further related reading, please check Apologia archives on abortion and physician-assisted suicide.
(Hendrik van der Breggen, Ph.D., is assistant professor of philosophy at Providence University College. The views in this column do not always reflect the views of Providence.)

Resisting the Culture of Death

Physician-Assisted Suicide is a Slippery Slope