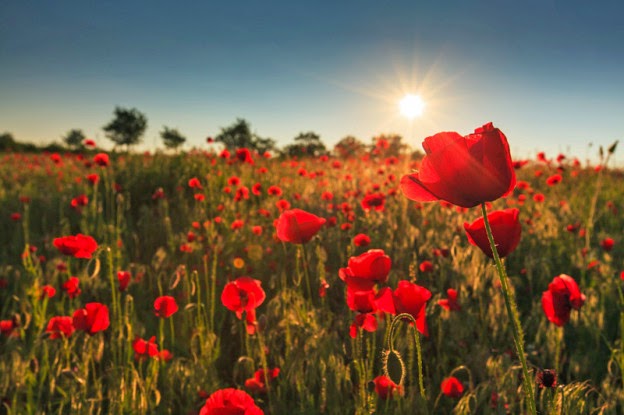 APOLOGIA
By Hendrik van der Breggen
The Carillon, October 30, 2014
War and Bible
I am neither a pacifist nor a war-monger. I believe that sometimes (as a last resort) war is just, or at least more just than the alternatives. I believe, too, that my view is consistent with the Bible. Here are some relevant clarifications.
1. Genesis 9:6
“Whoever sheds the blood of man, by man shall his blood be shed, for in the image of God has God made man.”
This biblical principle seems odd or even contradictory until we account for the biblical notions of guilt and shedding blood with/ without God’s approval.
Consider Genesis 9:6 plus my clarifications in brackets: “Whoever sheds the blood of man [whoever kills an innocent person, i.e., kills a human being without God’s permission], by man shall his blood be shed [the guilty person will be killed by others with God’s permission, i.e., God prescribes that other human agents kill the guilty person].”
So in the case of killing an innocent person (a capital crime), it’s possible to forfeit one’s life (via capital punishment). Innocent life is so important—because made in the image of God—that whoever destroys it unjustly is justly destroyed.
2. God’s vengeance
Yes, Scripture tells us that God says “vengeance is mine.” Significantly, however, Scripture ALSO tells us that (just) government is “God’s servant”—God’s “agent of wrath.”
Romans 13:4: “[The government] is God’s servant to do you good. But if you do wrong, be afraid, for he does not bear the sword for nothing. He is God’s servant, an agent of wrath to bring punishment on the wrongdoer.”
The sword is an instrument of death. The sword-bearer is God’s appointed agent.
Vengeance is God’s, yes, but God delegates.
3. Jesus and the sword
Doesn’t Jesus tell his followers to reject the sword, as when Peter cuts off the ear of the man arresting Jesus?
It seems to me that Jesus tells Peter (who was carrying a sword even after following Jesus for a few years!) to put his sword away so that Jesus would complete His special mission, i.e., so that Jesus—an innocent man who is also God—would die on our behalf for our sins to satisfy the requirements of God’s justice.
The above sword passage is a special case, in other words.
Significantly, elsewhere Jesus tells his disciples to buy swords. Elsewhere, too, Jesus commends without reservation the faith of a Roman Centurion, a commanding officer of 100 soldiers, i.e., 100 professional warriors—who use swords! (Jesus’ having such high regard for a soldier strongly suggests that there is such a thing as morally good soldiering and thus the moral appropriateness of sometimes, under appropriate circumstances, taking human life.)
Also, John the Baptist, whom Jesus holds in high regard, advises soldiers—professional warriors/ killers/ sword-bearers—not to quit their jobs but be content with their pay.
Also, David—a man after God’s (Jesus’) heart—uses violent force to kill Goliath plus chops off Goliath’s head with a sword.
Moreover, God in the Old Testament often uses lethal force (e.g., the sword of war) to deal with evil aggressors.
Furthermore, Ecclesiastes tells us, apparently prescriptively, that there is “a time to kill” and “a time for war” (which often involved swords).
In addition (and again), the apostle Paul, writing under the influence of the Holy Spirit (who is one with Jesus), says the state bears the sword—a lethal instrument—as an agent of God’s wrath (1 Peter 2:14 confirms the government’s role in punishing wrongdoers).
Therefore, when it comes to the question of whether the Bible tells us to use lethal police/ military force justly, it seems there are good biblical grounds for thinking so—especially to protect innocents from evil aggressors.
Love of neighbour sometimes requires just force to protect one’s neighbour.
(Hendrik van der Breggen, PhD, is associate professor of philosophy at Providence University College. The views in this column do not always reflect the views of Providence.)
Additional Apologia columns relating to war, for further reading:
● “Just war and justly pro-life,” September18, 2014.
● “War or peace?” August 21, 2014.
● “Islam,” September 4, 2014.

Bible and principle of non-contradiction

for the BIBLE tells me so