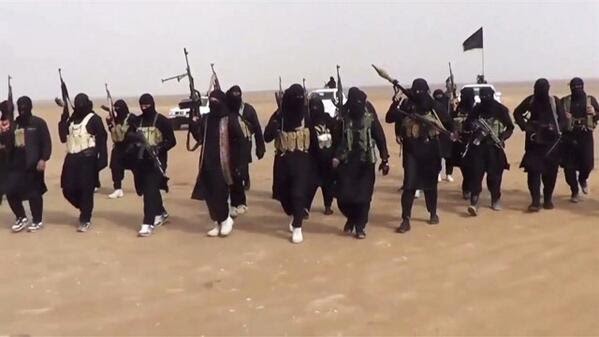 APOLOGIA
By Hendrik van der Breggen
The Carillon, August 21, 2014
War or peace?
Which would you choose: war or peace? Peace, surely.
But what about these options: war or a peace at home which permits a murderous tyranny in other countries, a tyranny bent on world conquest?
In such a scenario, if peaceful diplomatic efforts are ineffective and cost the lives of large and growing numbers of innocents, I would choose war—just war.
I would choose just war as a last resort, with reluctance, to protect innocents from evil aggressors. Lethal force would be limited to what’s needed, protecting non-combatants, aiming for a just peace.
Bear with me as I address three objections.
Objection 1. The Bible commands “Do not kill.”
No, the Bible commands “Do not murder.” Killing and murder are different morally. All murder is killing, but not all killing is murder.
Think of a police officer who must kill someone engaged in a deadly shooting spree in a school. The police officer doesn’t murder; the killer of the students murders. The police officer kills the murderer to protect innocents; the murderer kills innocents. The police officer kills justly; the murderer kills unjustly.
Objection 2. Jesus said: “Do not resist an evil person. If someone strikes you on the right cheek, turn to him the other also.”
Yes, Jesus said this, but this has to do with personal relationships, not matters of government. It has to do with a backhand slap to the face, which in Jesus’ culture is an insult. It means that if someone insults you, suck it up.
Context is important. Jesus is talking to individuals about how to relate to one another within a society ruled by a foreign power. Jesus is not talking about the affairs of state. (About the affairs of state, Paul in Romans 13 says the state legitimately bears the sword and is God’s agent of wrath.)
C. S. Lewis, in his essay “Why I am not a Pacifist,” points out that Jesus’ audience consists of a “private people in a disarmed nation” and “war was not what they would have been thinking of.”
Also, Lewis asks:  “Does anyone suppose that our Lord’s hearers understood him to mean that if a homicidal maniac, attempting to murder a third party, tried to knock me out of the way, I must stand aside and let him get his victim?” For Lewis, context renders such an understanding impossible.
The turn-the-other-cheek passage, then, doesn’t mean we shouldn’t use force to protect others.
Interestingly, Jesus even commends a centurion—a soldier—for his faith.
Objection 3. Aren’t we supposed to love our neighbours? Doesn’t love preclude war?
Yes, we should love our neighbours. No, love doesn’t preclude war.
Here I side with Augustine (354-430 AD). According to Augustine, love of neighbour sometimes requires that we use violence to protect our neighbour, as when our neighbour is threatened by an assailant.
In the name of love, according to Augustine, we may have to use military force—a lethal force—to stop an army from murdering innocent neighbours.
Reminder: Not all killing is murder. Think again of the good police officer who justly kills a rampaging killer of innocents. Soldiers—just soldiers—are like that good police officer.
Of course, much more can (and should) be said.
I am neither a warmonger nor a pacifist. I believe that sometimes violent force is justified—as in police situations and on a larger scale when military force is needed—to protect innocents from aggressive, murderous thugs.
Just war is never completely just, to be sure, and it’s terrible.
But a so-called “peace” that permits large and growing numbers of innocent men, women, and children to be raped, tortured, cut in half, beheaded, and slaughtered is worse—much worse.

(Hendrik van der Breggen, PhD, is associate professor of philosophy at Providence University College. After high school, Hendrik served for three years as an infantryman in the Canadian Armed Forces. The views in this column do not always reflect the views of Providence.)